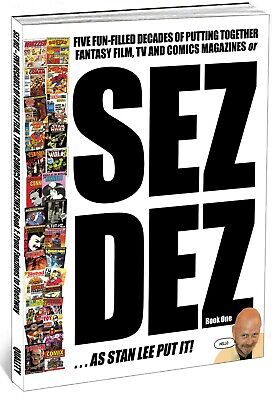 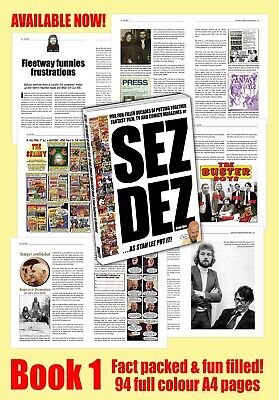 This product has been viewed 0 times, since it was first published 20 days ago. An average of less than once a day is visited. A total of 9 units have been sold. The seller has more than 10 units for sale of this product.

Dez Skinn's career in putting together fantasy film, TV and comic magazines has spanned over 50 years.

He has worked on:

...and that's without mentioning the number of writers and artists whose careers he has launched and his convention organising and London comics shops.

Stan Lee, when head-hunting him to revive the ailing British Marvel, suggested he wrote a weekly bullpen page in all the titles, and came up with the name Sez Dez. So who was he to argue?

This first volume covers the early days in his career amd the heady times of London during the Oz trials, the three-day week and the IRA bombings.

Comments on this book include:

"A really entertaining read and took me right back to those youthful days!" - Dave Gibbons (artist)

"I can't wait to read it" - David Morrissey (actor)